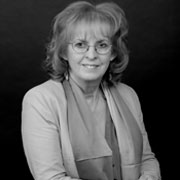 Rita Ann Higgins has published eleven books of poetry, including Tongulish (2016), Ireland Is Changing Mother (2011) and Throw in the Vowels: New & Selected Poems (2005), all from Bloodaxe, as well as her controversial memoir, Hurting God (Part essay, Part Rhyme) (Salmon, 2010). She is also a playwright and has recently written two short films in Irish. The Galway-based writer’s many awards include a Peadar O’Donnell Award and several Arts Council bursaries. She is a member of Aosdána.

“She is… both jocular and jugular, two traits that combine to make her a singular voice in Irish poetry… Passion and conviction walk hand-in-hand in these poems.’ – Gerard Smyth, Poetry Ireland)

Ailbhe Ní Ghearbhuigh was born in Kerry and writes in the Irish language. She has read at festivals in New York, Paris, Montréal, Berlin and Ballyferriter. In 2012 her poem Deireadh na Feide won the O’Neill Poetry Prize. Filleadh ar an gCathair was chosen as Ireland’s EU Presidency poem in 2013 and was shortlisted in 2015 for RTE’s ‘A Poem for Ireland’. Coiscéim published her first book Péacadh (2008) and Tost agus Allagar (2016). A bilingual collection, The Coast Road, has just been published by The Gallery Press, with English translations by thirteen poets.

This event is supported by Poetry Ireland, and as part of Culture Ireland's GB18 programme.