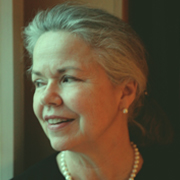 Susan Stewart is a poet, critic, and translator. A former Chancellor of the Academy of American Poets and a MacArthur Fellow, she is a member of the American Academy of Arts and Sciences. In 2009 she received an Academy Award in Literature from the American Academy of Arts and Letters. Her most recent books of poetry are Red Rover (2008), which appeared in Italian translation in 2012 from Jaca Books, Milan; Columbarium, which won the 2003 National Book Critics Circle award; and The Forest (1995). Her translation, Love Lessons: Selected Poems of Alda Merini, appeared in 2009 and in 2013 she published two co-translations: with Sara Teardo, Laudomia Bonanni's novel, The Reprisal; and, with Patrizio Ceccagnoli, the most recent two books of poetry by Milo De Angelis, Theme of Farewell and After-Poems, short-listed for the 2014 ALTA Translation award.