Beyond the Universal Soldier: combat trauma in Classical Greece 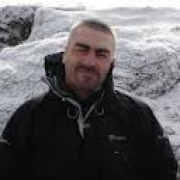 The sixth and final meeting for 2012/13 of the Manchester & District Branch of the Classical Association.

Scholarship based on ancient Greek evidence asserts that susceptibility to PTSD/combat stress injury is historically transcendental and universal. This view has persuaded many scholars, including ancient historians and clinicians involved in the treatment of psychologically-injured soldiers. The universalist position, then, affects not only ancient history, but also contemporary clinical practice. Yet, despite its increasing influence, this view has never been properly tested. To remedy this situation, this will paper will re-examine the methodological basis of the universal position and subsequently argue that adverse psychological reactions to combat result from the interaction between a human being and his or her environment. This fact is critical, because neither variable is historically-transcendental: the attitudes and core beliefs adopted by combatants change, as does the socio-military environment in which they fight. Consequently, whilst the modern combatant and his or her socio-military environment combine to produce a susceptibility to PTSD/CSI, the very different and historically-specific combination that characterised Classical Greece could just as easily reduce, suppress or even eliminate that susceptibility. This paper then, seeks to determine whether susceptibility to combat stress injury is universal, or whether such susceptibility is a historically-contingent socio-cultural artefact unknown in antiquity.

Price: £2 suggested contribution for non-members of the Manchester CA