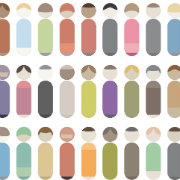 Reflecting concerns that the post-war mobility boom has been put into reverse, ‘the problem of social mobility’ has come to the fore in public policy discourse in the UK over the last decade and shows no sign of abating. Media post-mortems on the Labour Party’s electoral failure in the recent General Election were quick to link this to its inability to match the Conservatives as a party of ‘aspiration’, testifying to the fact that the notion of stalled mobility has become both a powerful and performative trope in the popular imagination.

Academics, meanwhile, have largely operated at one step removed from the mobility debate. Relying on one-dimensional, macro-level data from sample surveys, they have produced what appear to be conflicting findings, born out of disagreements about what comprises social mobility and how to measure it.

Against such a backdrop - which finds strong echoes in other Western nations - this symposium starts from the proposition that the study of social mobility has reached an impasse and is in need of renewal. The tools, approaches and indicators developed by mid twentieth-century social science remain powerful for framing and illuminating certain types of question about mobility. Yet they have also closed down or sidelined avenues of enquiry that can reflect its complex and changing role in the formation of contemporary social relations, and, in particular, as a dynamic of stark and widening inequalities.

In considering what an agenda for social mobility studies in a new age of inequality might look like, this meeting will consider a range of issues bearing on the way mobility is conceptualised and understood. These include the relationship between culture, economics, occupation and class as competing domains of mobility; intra- and multigenerational processes of mobility; the subjectivities and affects of mobility; questions of gender, education and elites; the mobilization of new data and mixed methods; and dimensions of change as represented in the differences of approach and emphasis between historians and social scientists of mobility.

, Professor of Sociology and Director of the Center on Poverty and Inequality, Stanford University

Mike Savage, Professor of Sociology and Co-Director of the International Inequalities Institute, London School of Economics

Role: Professor of Sociology and Director of the Center on Poverty and Inequality

Role: Professor of Sociology and Co-Director of the International Inequalities Institute