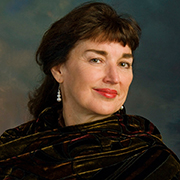 Cathleen Miller is a visiting Fulbright Scholar and Distinguished Chair of the Humanities at the University of Manchester. She is a bestselling author whose biography of UN leader Nafis Sadik, Champion of Choice, was named one of the top ten biographies of 2013 by the American Library Association. Desert Flower, the life story of Somali nomad Waris Dirie, has been translated into 55 languages and adapted as a feature film. Her memoir, The Birdhouse Chronicles, recounts her life living in rural Pennsylvania amongst the Amish, and was nominated for a Pushcart Prize.

Cathleen is a professor of English at San Jose State University, where she teaches creative nonfiction in their MFA program, directs the Center for Literary Arts and acts as editor-in-chief of 150-year-old Reed Magazine. She was named a 2017 Silicon Valley Artist Laureate for her influence on the region’s literary community.

Horatio Clare teaches creative non-fiction at the Centre for New Writing: he has published a dozen books for children and adults, ranging from memoir and travel to short stories and novellas, including Running for the Hills (Somerset Maugham Award), A Single Swallow, Down to the Sea in Ships (Stanford Dolman Travel Book of the Year), Aubrey and the Terrible Yoot (Branford Boase Best Debut Children's Book Award) and Icebreaker: A Voyage Far North (shortlisted for Wales Book of the Year).

Horatio is a regular broadcaster to BBC Radio, notably From Our Own Correspondent (Radio 4) and the presenter of the Sound Walks series (Radio 3).