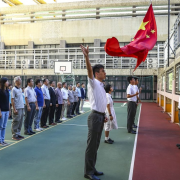 The implications of Hong Kong’s National Security Law (NSL), which came into force in July 2020, are still being worked out in many spheres of life in the HKSAR. Education has been a major focus of measures relating to the new law. During the protests of 2019-2020, schools and universities were widely blamed by the mainland and pro-Beijing press for fomenting seditious sentiment among Hong Kong youth. In the aftermath of those protests, the NSL has mandated an overhaul of school curricula and educational governance designed to ensure the inculcation of patriotism and absolute loyalty to the CCP. In this paper, I discuss measures introduced under the auspices of the NSL, and how these have been presented or justified by the local and national authorities. I argue that Hong Kong’s cultural distinctiveness has in fact never been acknowledged by Beijing, and that this partly explains the chronic tension bedevilling Hong Kong-mainland relations.

The latest legal and educational measures go further than ever in delegitimating any conception of ‘Hongkongeseness’ as a distinctive form of Chineseness, seeking instead to represent Hongkongers as sharing a monolithic Han identity. Rather than assuaging conflict and tension within Hong Kong society and with the mainland authorities, I suggest this is likely only to entrench and exacerbate alienation and resentment.

Biography: Edward Vickers is Professor of Comparative Education at Kyushu University, Fukuoka (Japan), where he teaches and researches the history and politics of education in contemporary Asia. From 2021 he assumed a new role as holder of the UNESCO Chair on Education for Peace, Social Justice and Global Citizenship, which involves a network of international partner institutions across Asia and beyond. He also directs Kyushu University's interdisciplinary Taiwan Studies Programme, and is Secretary-General of the Comparative Education Society of Asia.