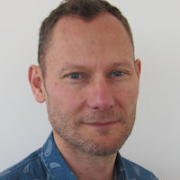 Abstract: I am interested in understanding how brain development is regulated at the level of chromatin and why the mutation of chromatin remodelling factors lead to specific neurodevelopmental disorders. We use a combination of molecular, genetic and developmental neurobiology approaches to determine how these mutations affect chromatin structure, gene expression, brain development and circuitry, and ultimately impact on behaviour and cognition. My work in this area started with an interest in CHARGE syndrome, a condition associated with multi-organ developmental anomalies, caused by the mutation of a single chromatin remodeler CHD7. We identified cerebellar hypoplasia in these patients and our work on mouse models has identified several distinct roles for CHD7 in cerebellar development, including a function in maintaining an accessible chromatin structure at enhancer elements in cerebellar progenitors. This work has led to the development of new experimental approaches that will allow us to investigate the fundamental question of how changes in chromatin conformation coordinate aspects of neuronal differentiation in vivo. To study the function of CHD8, one of the strongest autism genes identified to date, we established a new allelic series of Chd8-deficient mouse models and identified striking non-monotonic effects on gene expression and brain growth in these mice. CHD8 was found to control the proliferation of intermediate cortical progenitors, a specific type of neuronal progenitors that is of particular importance in brain expansion in humans and mammals with a gyrencephalic cortex. We also established critical roles for Chd8 in cortical circuitry and current work is focused on determining whether the proliferation and circuit phenotypes are causally related. More recently, we have identified robust learning deficits in mouse models with mutations in factors that read and erase the histone modification H3K4me3. We propose to use these models to examine how the dynamic regulation of H3K4me3 controls learning and memory.

Biography: Albert read Biochemistry at the University of Pretoria in South Africa. He moved to the UK in 1992 and obtained his PhD from the University of Cambridge in 1996. He underwent post-doctoral training at the National Institute for Medical Research with Rose Zamoyska, Mount Sinai School of Medicine in New York with Jonathan Licht, King’s College London with Ivor Mason and UCSF with Gail Martin. He joined the Department of Craniofacial Development at King’s College London as a Lecturer in 2006. He is now Professor of Developmental Neurobiology in the Centre for Craniofacial and Regenerative Biology and the MRC Centre for Neurodevelopmental Disorders at King’s. His research has provided insights into the causes of a wide range of congenital disorders and he has published over 50 papers, with some in top international journals like Nature and the Journal of Clinical Investigation. He has received funding from the Wellcome Trust, MRC, the Simons Foundation, CHARGE syndrome foundation and Anatomical Society as PI and BBSRC as co-PI. Six PhD students have graduated from his lab with a further six due to complete over the next year. The current focus of his group is to uncover the function of chromatin remodelling factors in brain development and neurodevelopmental disorders like autism.

Organisation: Centre for Craniofacial and Regenerative Biology and MRC Centre for Neurodevelopmental Disorders