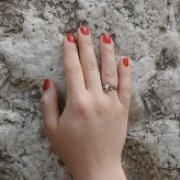 The Centre for Jewish Studies at Manchester University is pleased to announce that the next Screen & Talk event will be the streaming of ‘Wall’ (2017) by Moran Ifergan, Winner of Best Israeli Film Award at the 2017 Docaviv festival. Ifergan explores the spirituality surrounding Israel’s sacred Western Wall, her own journey from her ultra-Orthodox upbringing to a secular life, and the disintegration of her marriage.

This film streaming is accompanied by a recorded discussion with Robyn Ashworth-Steen, Principal Rabbi of Manchester Reform Synagogue, and Cathy Gelbin, Professor of Film and German Studies at the University of Manchester. The discussion is chaired by Judy Ironside MBE, Founder and President of UK Jewish Film.

You can find information how to stream the film and the discussion at http://www.manchesterjewishstudies.org/screen-and-talk/