**SOLD OUT** Martin Amis and Ian McEwan in conversation 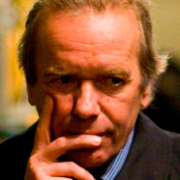 Martin Amis, Professor of Creative Writing at the Centre for New Writing at The University of Manchester in conversation with Ian McEwan. In this high-profile public discussion, Martin Amis and Ian McEwan will discuss how literature faces up to major issues of the day.

McEwan's works have earned him worldwide critical acclaim. He won the Somerset Maugham Award in 1976 for his first collection of short stories First Love, Last Rites; the Whitbread Novel Award (1987) and the Prix Fémina Etranger (1993) for The Child in Time; and Germany's Shakespeare Prize in 1999. He has been shortlisted for the Man Booker Prize for Fiction numerous times, winning the award for Amsterdam in 1998. His novel Atonement received the WH Smith Literary Award (2002), National Book Critics' Circle Fiction Award (2003), Los Angeles Times Prize for Fiction (2003), and the Santiago Prize for the European Novel (2004). He was awarded a CBE in 2000. In 2006, he won the James Tait Black Memorial Prize for his novel Saturday and his novel On Chesil Beach was named Galaxy Book of the Year at the 2008 British Book Awards where McEwan was also named Reader's Digest Author of the Year. In 2010 he was honored to receive the Tulsa Library Trust's 2010 Peggy V. Helmerich Distinguished Author Award.

This event will include a Q&A session, allowing members of the public to put their questions and opinions to the panel.