A special screening of HOME 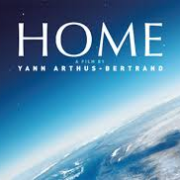 "Through visually stunning footage from over fifty countries, on the first film to be entirely shot from an aerial perspective, Yann Arthus–Bertrand shows us a view most of us have never seen. He shares with us his sense of awe about our planet and his concern for its health. With this film, Arthus-Bertrand hopes to provide a stepping-stone to further the call to action to take care of our HOME. In the past 200,000 years, humans have upset the balance of planet Earth, a balance established by nearly four billion years of evolution. We must act now. Humanity has little time to reverse the trend and change its patterns of consumption."

This film will be screened in the Museum's Living Worlds gallery, which was also created to inspire us to look after our home - the gallery explores the connections between all living things, including us, and shows how we can all shape the future by the choices we make.

Price: This is a family-friendly event (for children 8 years and above) Book your free seat(s) below or phone 0161 275 2648 - donations for Manchester Film Co-Op will be gratefully accepted at the door.