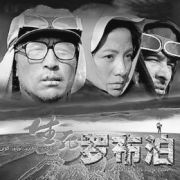 This paper examines cinematic representations of Uyghurs in China from the 1990s to the present day. It focuses on films produced by state-owned Xinjiang Tianshan film studio, exploring how filmmakers have challenged or supported an official discourse that identifies Uyghurs as backward, uneducated, and extremists.

The first part gives a brief historical overview of the context of film production in Xinjiang from the 1950s and moves to the 1990s when the film industry in China underwent major economic and structural transformations. The second part examines a selection of films produced between 1996 and 2020 and seeks to provide an assessment of how representations of Uyghurs in Chinese film evolved and varied according to the State’s agenda.

Biography: Vanessa Frangville is Senior Lecturer and Chair in Chinese Studies at the Université libre de Bruxelles (ULB), Belgium. She is also the director of ULB’s Centre for East Asian Studies, EASt. Her previous research focused on discourses on ethnicity and nation-building in Chinese cinema, as well as non-han cinema on which she has published extensively. She is currently the coordinator of a research project on youth and public spaces in East Asia, and the co-editor of China’s Youth Cultures and Collective Spaces: Creativity, Sociality, Identity and Resistance (Routledge, 2019). She is also leading a research project on women activism in the Uyghur diaspora in Europe.