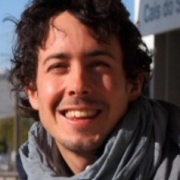 To Lead by Obeying: How Bolivia’s Coca Growers Reinvented Democracy

At the turn of the twenty-first century, social movements across the globe are reinventing democracy. However, few, if any, have been as lasting or powerful as the Movement Towards Socialism (MAS) in Bolivia. This talk traces the political ascent of the MAS, as it transformed from a union of coca growers, criminalized under US led drug war policies, into the dominant political party set to reinvent Bolivia’s democracy. Drawing on over ten years of participant observation with coca union leaders, peasant farmers, drug traffickers and top-level politicians, the paper traces a powerful ethnographic narrative from the political hope that accompanied the inauguration of coca union leader, Evo Morales, as president in 2006, to the contemporary moment when increasingly critical voices can be heard from within the ranks. The paper tells the inside story, the one that union leaders, activists and academics have so far refused to tell: how the coca growers are implicated in the international cocaine trade through the production and selling of coca leaf and the processing of cocaine paste. The aim is not to expose the illegal activities of the growers but rather to theorize the contradictions in Bolivia’s claim to be an indigenous-led and grassroots-oriented democracy. The paper argues that the conditions for the realization of alternative democracies are closely linked to broader political and economic circumstances that both constrain and enable these practices to take hold. As such, its lessons go far beyond the Bolivian case, as these are issues that all social movements have to face.