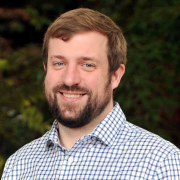 The Centre for Digital Trust and Society, part of the University of Manchester's Digital Futures research community, is delighted to host Professor Rohan Grey (Williamette University, Oregon) for a special guest seminar. Online access details will be provided following registration.

Professor Grey's talk will focus on:

Professor Grey’s research focuses on the legal design and regulation of money and finance, including digital fiat currency, as well as broader issues of law and political economy. He teaches Contracts, Business Organizations, and Securities Regulation. He previously co-taught seminars on Fintech and Monies with Professor Robert Hockett at Cornell Law School, where he was a fellow with the Clarke Business Law Institute’s Program on the Law and Regulation of Financial Institutions and Markets, and facilitated a reading group on Law, Money, and Finance at Columbia Law School with Professor Jeffrey N. Gordon.

Grey is the research director of the Digital Fiat Currency Institute, a consultant to the UN International Telecommunications Union’s Focus Group on Digital Currency, and a network manager with the FreedomBox Foundation, which develops privacy and freedom-respecting software for personal use. He is also the president of the Modern Money Network, a research fellow with the Global Institute of Sustainable Prosperity, a director of the National Jobs for All Network, and a member of ClassCrits and the Association for the Promotion of Political Economy and the Law (APPEAL).

Prior to entering legal academia, Grey practiced law in New York City as an attorney for children with Lawyers for Children and the Children’s Law Center, where he focused on issues relating to custody & visitation, abuse & neglect, guardianship, and foster care. During law school, he served as articles editor and digital editor of the Columbia Journal of Law & Social Problems, as well as director of the High School Law Institute’s moot court program. He also interned for U.S. Magistrate Judge James C. Francis IV (S.D.N.Y.), Judge Fredericka H. Wicker of the Louisiana Fifth Circuit Court of Appeal, the National Center for Youth Law, the Legal Aid Society’s Education Advocacy Project, Oklahoma Lawyers for Children, and Volunteer Lawyers for the Arts. In addition, he has consulted with the Louisiana Sentencing Commission, the New York Reentry Education Network, the New York City Department of Education, and Americans for the Arts.