Should Labour defend its record on education? 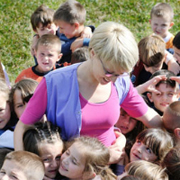 In response to the radical changes currently being enacted by the Coalition, the current Labour opposition has said very little about its plans for education. In this event, the first in a series of Manchester education debates running up to the next election, we ask whether Labour could justifiably start by defending its record on education over the thirteen years from 1997 to 2010. Has it anything to be proud of, and what can be learned for policy looking forward?

Professor Mel Ainscow, Chief Advisor to the Greater Manchester Challenge under Labour, will chair the session, which will feature short inputs from a panel of leading Manchester academics followed by discussion and debate from the floor. This event should be of particular interest to education practitioners.