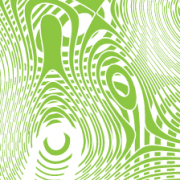 The ESRC Strategic Network Data and Cities as Complex Adaptive Systems (DACAS) is hosting its third event, the international summer school Understanding Urban Transformations through Data. The aim of DACAS is to promote an interdisciplinary complexity science approach to the study of urban data and the links between soft and hard systems as the basis for the development of innovative technological applications. Denise Pumain will deliver a keynote as part of the summer school:

Urban Dynamics and Geo-diversity: from Theory to Modeling

The evolution of cities is a major issue because it affects the majority of the world population. It is in cities that solutions must be invented to solve the problems of sustainable development in terms of quality of life, of resource management, of intelligent integration of technological and cultural innovation and of social cohesion, at the local and the global scales. The diversity of cities is such that it might seem difficult to develop a scientific knowledge about them for sustaining policies. However, cities have long been interdependent and organized into systems of cities, they co-evolve through the multiple relationships which connect them into networks for the exchange of materials, investments, people or information. These interdependencies drive and constrain the evolution of each city in the system, according to a complex set of dynamics which exhibit patterns regular enough to help understanding and even predicting certain trends.

For anticipating urban future, geographers have since long developed a theoretical framework relying on the observation, not only of the few megacities global stars but of thousands of cities and towns taken in a variety of world regions. These empirical observations were scrutinized through analytic methods inspired from the dynamics of complex systems and data and processes are now integrated into computer simulation models which are able to reconstruct the stylized facts and trends observed. The theory and the results of these modeling experiments emphasize the importance of interactions between the cities in the evolution of their size and the effects of the spatial diffusion of large innovations waves, which tend to reinforce the hierarchical unevenness and explain the reversal of trajectories in the specialized cities. The path-dependent role of the precocity and sustainability of settlement systems is confirmed as well as the bifurcations associated with colonization in having created at world scale a diversity of systems of cities which has been maintained for decades in terms of hierarchical inequality and the primacy of their metropolises. Adapted urban policies might partly counteract such self-organized trends. In any case, the urban geodiversity has to be taken into account in order to continue the major function of cities and towns which still are altogether remarkably efficient socio-spatial adaptors on the long run in the human history.

Pumain trained in geography at Ecole Normale Supérieure, she was lecturer at University Paris I from 1970, researcher at the National Institute of Demography (1981-86), Professor at University Paris 13 (1986-89) then at University Paris I Pantheon-Sorbonne, member of the Institut Universitaire de France. Former Chair of the Commission on Urban Development and Urban Life of the IGU (1992-2000), founder of the research laboratory P.A.R.I.S. (1984), Director of the UMR Géographie-cités (CNRS 1992-2000), the European Research Group S4 (Spatial Simulation for Social Sciences, 2006-2013), Cybergeo, European Journal of Geography (founded 1996), Principal Investigator of the ERC advanced grant GeoDiverCity, http://geodivercity.parisgeo.cnrs.fr/blog/ (2011-2016). Her main scientific contribution is about building an evolutionary theory of urban systems and transferring concepts and models from self-organising complex systems towards social sciences. She was chief executive of education and research for the Académie de Grenoble (2000-2001) and first scientific coordinator for social sciences at the French Agency for research assessment (2007-2008). Doctor honoris causa at University of Lausanne and Liege, silver medal of the CNRS and Vautrin Lud International prize in Geography in 2010. Corresponding member of the Austrian Academy of Sciences since 2009 and corresponding fellow of the British Academy since 2012. Officer in French Order “Legion d’honneur” and “Ordre du merite”.

Places are limited and booking well in advance is advised: http://goo.gl/wcRd99