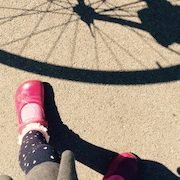 Inspired by the centenary of the 1917 Revolution, the event promises to explore the contemporary pertinence of the idea of revolution in Southern and Eastern Europe. Moving beyond questions of radical transformation and irreversible political change, the concept of ‘everyday revolutions’ problematizes the overlooked revolutionary potential of small-scale resistance, grassroots mobilisation, counter-culture, liberation movements, and alternative provisioning, among others.

These phenomena direct attention to the challenges faced by the ‘edges of Europe’. From deindustrialization to corruption, and from to authoritarianism to welfare retraction, the Southern and Eastern peripheries of the European project are currently troubled by profound social, economic, and political challenges. The diverse manners by which actors signify, cope with, and react against these everyday struggles are revealing. People’s struggles for wellbeing, equality, and dignity materialise in ideological critique, intimate investment, and tenacious action.

Engaging a wide range of social causes, the multivalent concept of ‘everyday revolution’ materializes in sight, sound, and movement. It manifests in struggles against homelessness and deprivation, and combats nationalism and xenophobia. It finds expression in music, literature, and film. It resonates in civic engagement, youth culture, and pastime. Finally, it realizes in remembrance, imagination, and desire.

This event will feature conventional academic papers, discussions, films and interactive workshops for adults and children.

The event will be enriched by keynote lecture by Professor Davina Cooper, author of recently published ‘Everyday Utopias’, who will speak on 'What good is playing at being a state?' on Friday 19 May at 4pm at the Whitworth Art Gallery.

This event has been generously co-supported by the Whitworth Art Gallery, The Sociological Review Foundation, British Association for Slavic an East European Studies, Artsmethods@Manchester and Manchester Jean Monet Centre for Excellence.