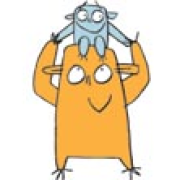 The Manchester Museum is home to a T.rex, live amphibians, stuffed animals and objects from different cultures. So where better to watch short family friendly films such as Dinosaurs and aliens, Fishy tails, Pets and Mozart in China? You can also take part in hands-on activities, such as making a fish or a bug. Look out for a special twilight screening of Studio Ghibli's Ponyo - a 2008 Japanese animated fantasy film written and directed by Hayao Miyazaki of Studio Ghibli, inspired by Hans Christian Andersen's fairy tale The Little Mermaid. The plot centres on a goldfish named Ponyo who befriends a five-year-old human boy, Sosuke, and wants to become a human girl.