MIOIR Seminar Series - What is the future of scientific theory in the era of proxy? Measures and algorithmic decision-making 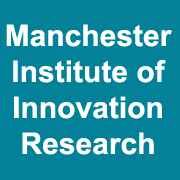 Register to attend via Eventbrite: https://www.eventbrite.co.uk/e/manchester-institute-of-innovation-research-dirk-lindebaum-tickets-423297653677

What is the future of scientific theory in the era of proxy? Measures and algorithmic decision-making

Interest in how algorithmic decision-making (ADM) influences processes and outcomes in organizations and society gains swift traction in management studies (Lindebaum, Moser, Ashraf, & Glaser, 2022; Omidvar, Safavi, & Glaser, 2022). In this paper, we seek to contribute to this debate by provocatively asking what the future of scientific theories is in a world increasingly ruled by corporate or governmental proxy measures of important social phenomena that inform ADM (Glaser, Pollock, & D’Adderio, 2020; Lindebaum, Vesa, & den Hond, 2020; Rinta-Kahila, Someh, Gillespie, Indulska, & Gregor, 2022)? Scientific theories are designed to explain the how, when, and why of relationships among constructs (Bartunek, 2020), and they are advanced when scientists ‘shuttle’ between the conceptual and operational levels (Kerlinger & Lee, 2000). We posit that scientific theories face a two-fold fundamental problems. First, the use of ‘proxy measures’ in ADM for the sake of rankings, bank loan applications, or job applications (O’Neil, 2016) can signal ‘distance’ between the conceptual (i.e., intended) and operational, (i.e., implemented) definitions of constructs. Second, decisions on the design of such proxies increasingly rest with mathematicians and computer scientists, who are often incentivised through monetary means (O’Neil, 2016).

The design of proxies leads to a situation where relationships between conceptual definitions of constructs and their operationalized ‘proxies’ represent potentially inaccurate inferences. This is because proxies are distilled from huge amounts of data by people whose interest it is to sell these proxies, instead of acting in the spirit of the conceptual constructs that should underpin these proxies. One example is that widely available credit ratings serve as a convenient ‘predictor’ of job performance. The logic is that “those who pay bills promptly . . . are more likely to show up at work in time and follow rules” (O’Neil, 2016: 7).The problem here is twofold: the logic conflates (i) correlation with causation and (ii) job performance with conscientiousness (i.e., showing up at work on time) and social conformity (i.e., following rules). Nevertheless, the proxy measure ‘credit rating’ as an operational definition of ‘job performance’ becomes more widely used. In that process, not only does the construct of job performance gets increasingly inscribed a different meaning in relation to its original one, but the measure also becomes performative. That is, it no longer simply describes or captures social reality, but actually shapes social structures and reality (Islam, 2022). We are, therefore, concerned that increasingly, data scientist and mathematicians employed in the private or public sector, create measures that are not only conceptually disconnected from its originating meaning – and thereby severe the ‘shuttling’ between the theoretical and operational levels central to advancing science - but also create ‘realities’ for individuals that entail suffering and hardship (Amnesty International, 2021; Rinta-Kahila et al., 2022). However, this reservation matters little in the eye of big tech companies, for as long as the use of proxies and how they are modelled to predict relevant ‘outcomes’ continues to deliver efficiency gains in organizational processes. Thus, moving on from the George Box’s maxim that “all models are wrong, but some are useful”, we are now facing conditions in which Google et al. argue that “all models are wrong, and increasingly you can succeed without them” (Peter Norvig, Google's research director at that time, cited in Anderson, 2008).

Dirk Lindebaum is Professor in Organisation and Management at Grenoble Ecole de Management (France). Favouring the pursuit of ideas over disciplinary boundaries, his research seeks to understand the mechanisms through which we lose (and can regain) freedom at work, be it through emotional or technological means. That narrative shines already through in his first publication in the Academy of Management Learning and Education, and subsequent articles published, for instance, in Academy of Management Review, Organization Studies, Human Relations, Journal of Organizational Behavior, Journal of Management Studies, Journal of Business Ethics, and Leadership Quarterly. However, he is keen to go the ‘extra mile’ in making difference, so his work is regularly recognized in news outlets, such as Financial Times, New York Times, BBC Radio 5 Live, Wirtschaftswoche, Daily Mail, Independent, Fortune Magazine and Bloomberg Business Week, to name only a few. As of 1 July 2020, he is an Associate Editor for the 'Essay Section' at the Academy of Management Learning & Education. For more information, please visit his website: https://dirklindebaum.EU

The Manchester Institute of Innovation Research runs a series of regular seminars given by visiting speakers to Manchester. These seminars are open to anybody who is interested in science, technology and innovation policy and management.

Zoom - register via Eventbrite to attend.