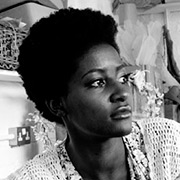 After releasing her debut album in 2012, Manchester singer-songwriter Josephine has made appearances on BBC's Later with Jools Holland and The Andrew Marr show. Her songs, a blend of soul, folk and pop, have been featured on local and national radio and television. In a special acoustic performance, in the setting of the wonderful Historic Reading Room, she will be performing songs from her debut album Portrait alongside new and as yet unreleased songs from her second album, now in the making.