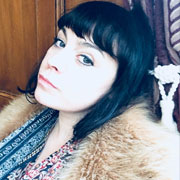 Jenni Fagan is a novelist, poet and screenwriter. Listed as one of Granta's Best of Young British Novelists after her debut novel, The Panopticon, her second, The Sunlight Pilgrims, won her Scottish Author of the Year. She has been in lists for the IMPAC, Sunday Times Short Story Prize, BBC Short Story Award, Desmond Elliott, and the James Tait Black Award, amongst others. Fagan's work is currently in development for film, theatre and virtual reality. Her new poetry collection There's a Witch In The Word Machine is due out in Autumn 2018, and she is currently working on a new novel and a memoir.

Jim Crace is the prize-winning author of several books, including Continent (winner of the 1986 Whitbread First Novel Award and the Guardian Fiction Prize), Quarantine (winner of the 1998 Whitbread Novel of the Year and shortlisted for the Booker Prize) and Being Dead (winner of the 2001 National Book Critics Circle Award). His 2013 novel, Harvest, was shortlisted for the Man Booker Prize. His twelfth book, The Melody (2018), was described in the Financial Times as confirming the author ‘as one of the UK’s most accomplished novelists’.

Please note that this event may contain swearing.

This event is in partnership with the Manchester Literature Festival.