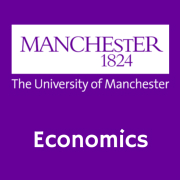 "Cybercrime and Moral Hazard:Evidence From the Dark Net"

We study online drug markets on the dark net, with the aim of better understanding the economic functioning of this mode of cybercrime. One focus is on the extent to which problems of moral hazard impact on dark net drugs market, and the buyers and sellers who inhabit them. Analysis of over 800,000 drugs sales in 2014 reveals that the online drugs markets function for the most part without the significant moral hazard problems that a priori one might think would plague them. Evidence that only a small minority of online drugs deals receive bad ratings from buyers and, as with legal online markets, that these bad ratings subsequently lead to significant sales reductions supports this notion. Finally, the well-known seizure of the original Silk Road and the shutdown of Silk Road 2.0 by law enforcement is studied, with little evidence that this deterred buyers or sellers from continuing to engage in online drug sales and purchases.

Biography: Stephen Machin is Professor of Economics at University College London and Research Director of the Centre for Economic Performance at the London School of Economics. Previously he has been visiting Professor at Harvard University (1993/4) and at the Massachusetts Institute of Technology (2001/2). He is a Fellow of the British Academy, has been President of the European Association of Labour Economists, is a Fellow of the Society of Labor Economists and a member of the UK Low Pay Commission. His current research interests include inequality, education and crime, and the interactions between them.