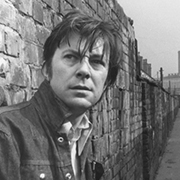 PLEASE NOTE THAT THIS PERFORMANCE IS NOW SOLD OUT.

In the 1970s, Burnley was the UK’s battleground for gay and lesbian rights.

Burnley’s Lesbian Liberator, by Abi Hynes, dramatises the political activism of a bus driver sacked for nothing more than wearing a Lesbian Liberation badge. She fought back and started a battle won decades later.

Be prepared to take sides and get involved in these two fantastic immersive dramas.

Following the performance, there will be short Q&A with Mike Jackson (Lesbians & Gays Support the Miners) and the writers: Stephen M Hornby & Abi Hynes. It will be chaired by Paul Fairweather (author of Hidden Histories, the Burnley LGBT heritage trail).