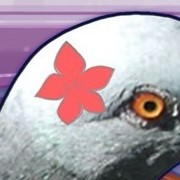 Reading against the grain, where a handful of computer games are argued to be art and their designers lionized in American circles, the talk instead presents one of those men as engaged in a similar project to another form of adult computer games, namely bishojo games, which focus tightly on interactions and relations with manga/anime-style cute girl characters. Noting that these interactions and relations can include explicit and sometimes extreme violence and sex, and the girls can appear very young, bishojo games have been shut out of evolving discussions on adult computer games outside Japan. Focusing on design and effects rather than the most salacious content, and drawing on actual examples and producer and player experiences, the talk opens up seeing in bishojo games some rather radical tendencies, not the least of which is queer affect, or feeling the self in the other and the other in the self, feeling outside and beside oneself, otherly, together and in pieces.

Games allow players to form different relationships with characters, such as in the Japanese games Persona 5 (Atlus, 2018) and Animal Crossing: New Horizons (Nintendo, 2020). Visual novels, such as Hatoful Boyfriend and Stein’s Gate, excel in these intimate relationships. Western designers have remixed, deconstructed and queered this Japanese genre and character types. By discussing examples such Boyfriend Dungeon, Dream Daddy and Doki Doki Literature Club, I show how indie designers have remixed Japanese tropes and anime aesthetics. I connect this to fan studies and character studies to show how gaming is essentially a transcultural space where different cultures and audiences meet.

Background on the Speakers:

Dr. Nicolle Lamerichs is senior lecturer and team lead at Creative Business at HU University of Applied Sciences, Utrecht. She holds a PhD in media studies from Maastricht University (2014). In her book Productive Fandom (2018), she explores intermediality, affect, costuming and creativity in fan cultures. Her current research focuses on participatory culture on new media platforms, specifically in relation to identity, narratives and play.