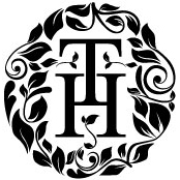 Historian Tony Davies will speak on the subject of Bletchley Park, the central site for British code breakers during World War II.

Davies is a retired policeman, who subsequently went on to work with the United Nations in some of the most war torn countries of the world. Now retired, Tony's wealth of knowledge and his passion for history has lead him into interactive history talks.

Tony is currently studying for an MA in WW1, speaks on this subject of both world wars to a diverse range of groups from large events staged in English Heritage sites to the local rotary and is currently working on a set of novels set in this period. Tony has published two books and as an educator/interpreter he has appeared on both The History and Yesterday Channels and appeared at numerous re-enactment events and spoke in a large number of schools.

The Talk is scheduled for the week after the Knutsford Heritage Open Days Weekend. A University of Manchester owned Mechanical Calculator once owned by Alan Turing and related letter will also be on display.

Wine and canapés will be served included in the price.