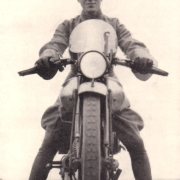 2015 makes the 80th anniversary of the death of T. E. Lawrence, 'Lawrence of Arabia'. This one-day workshop brings together scholars to discuss aspects of Lawrence's career and reputation which have remained surprisingly neglected amidst the vast body of writing on one of the most famous Britons of the twentieth century. What was the significance of Lawrence's work in Mesopatamia? Why did similar missions on both the German/Ottoman and the British side not enter the popular imagination? In what ways was Lawrence's image shaped by the emerging 'celebrity culture' of the inter-war period? And how was Lawrence remembered by those who continued to work with Bedouin groups after Husein's revolt. The John Rylands Library provides the ideal setting for the workshop, given Lawrence's correspondence with Prof. Lewis Namier of the University of Manchester's History Department.