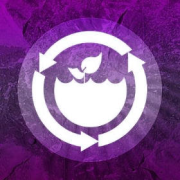 Unfortunately this event has been cancelled.

Dr Samuel Royle, Imperial College London, joins us for a Department of Earth and Environmental Sciences seminar. Abstract below.

Attempts by both current (Mars Sample Laboratory/Curiosity) and imminent (ExoMars) Mars missions to find evidence of past or present life revolve around the detection of organic molecules in Martian surface and near surface sediments. Organic molecules should be relatively widespread on Mars. They will at least have been delivered to the planetary surface from exogenous sources (via meteorites, comets, or interplanetary dust particles), but also may have formed from indigenous martian igneous, hydrothermal, atmospheric or even biological processes. Most attempts to detect organic molecules in situ at Mars, first by Viking and then by Curiosity/Mars Sample Laboratory, have failed to detect anything other than simple chlorinated hydrocarbons. Current organic matter detection protocols (also planned for use on ExoMars) involve heating samples to break down large organic molecules into smaller detectable fragments, thermal decomposition. The simple organic molecules detected so far have been suggested to be the reaction products of more complex martian organic molecules being transformed on being heated in the presence of oxidising minerals. It therefore necessary to explore how organic matter/inorganic mineral mixtures may evolve during this process to maximise chances of a conclusive answer to the question of whether there is, or ever was, life on Mars?