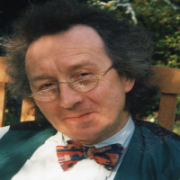 An acclaimed ecologist from The University of Manchester is to receive a prestigious award by one of the discipline's leading bodies.

Anglican Priest Professor John Rodwell will be presented with the Institute of Ecology and Environmental Management's President's Medal for his services to ecology and conservation this week (25 June).

He follows in the footsteps of Sir David Attenborough who won the award for his contribution to the public understanding of ecology in 2006 and Professor Tony Bradshaw, for his lifelong work on land restoration in 2007.

The presentation will be made by Helen Phillips, Chief Executive of Natural England, at a reception at the Institute of Directors in London.

Professor Rodwell said: "I am most honoured to think that I have made such a difference to the quality of environmental work and to the way we treasure the diversity and beauty of the natural world.”

He works now for environment agencies, both here and overseas, providing research and expert advice.

An Anglican Priest for over 30 years - and Honorary Canon of Blackburn Cathedral - he is also known for his research on how religious belief affects our care of nature.

He added: “Religious people sometimes have a reputation for not being very interested in the physical world.

“But the world and all that lives in it is of great interest to me and is one of the reasons I became a scientist.

'Being a priest also prompts me to look at aspects of nature that are not so easily measured and provides another language to describe how much our fellow creatures matter.”

Now an Honorary Research Fellow at Manchester University's Lincoln Theological Institute, he directs a project in the UK and Germany on how people and nature can belong together in places much threatened by change.