Lovell Lecture: Einstein's Relativity: Tested to the Limit (with Pulsars) 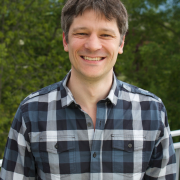 Einstein's Theory of General Relativity was published in 1915. In over a century it has not failed a single time despite hundreds of tests and experiments. One of the most extreme environments in which to benchmark Relativity and possible alternative theories of gravity is around pulsars (after black holes, the densest objects in the Universe).

In this talk, I will discuss the formidable achievements of the last 40 years in using pulsars to test Einstein's theory and describe some of the strange behaviours of space and time when submitted to extreme gravity.