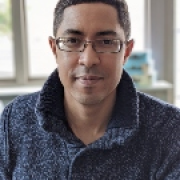 University of Manchester alumnus David Önaç’s premieres his duet, New Work for Two Violins, which was written especially for Marc Danel and Gilles Millet. Elegy for Solo Viola by Benjamin Britten was sketched in 1930, while he was still at school, but not performed until 1984, after the composer’s death. Finally, Kevin Malone’s Requiem77?weaves a mournful counterpoint between music and the voices of the men and women who searched the skies for American Airlines Flight 77 shortly before it crashed into the Pentagon on 11 September 2001.

Followed at 2.30pm by a seminar with The Quartet along with Mendelssohn expert Professor Thomas Schmidt (Head of School of Arts, Languages and Cultures, The University of Manchester), to discuss Felix and Fanny Mendelssohn’s chamber music.