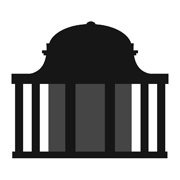 Liverpool University Press is launching a new series of poetry books that celebrate risk-taking, called Pavilion Poetry. Pavilion Poetry, which will be edited by poetry professor Deryn Rees-Jones, aims to seek out and publish all that is daring and relevant in contemporary poetry.

Launching in April 2015, the series will debut with three books from a trio of poets from the UK: Mona Arshi, winner of the 2014 Manchester Poetry Prize; Sarah Corbett, a T S Eliot Prize shortlistee; and Eleanor Rees, shortlisted for the Forward Prize for Best First Collection.

Pavilion Poetry will publish Arshi’s debut collection, Small Hands, which it describes as “a rich rumination on a variety of human experience: grief, pleasure, hardship, and tradition”. It will also publish Corbett’s verse-novel And She Was, in which “time and narrative bend and interlock across a play of poetic forms to compose one story of love and loss”; and Rees’ third full-length collection, Blood Child, where she uses language and imagery “to enact the many aspects of change”.

Mona Arshi was born to Punjabi Sikh parents in West London where she still lives. She initially trained as a lawyer and worked for Liberty, the UK human rights organization. She received a Masters in Creative Writing from the University of East Anglia and won the inaugural Magma Poetry competition in 2011. Mona was joint winner of the Manchester Creative writing poetry prize in 2014.

Eleanor Rees is the author of Andraste’s Hair (Salt, 2007) which was shortlisted for the Forward Prize for Best First Collection and the Glen Dimplex New Writers Awards, Eliza and the Bear (Salt, 2009) and Blood Child (Pavilion, 2015). Eleanor has worked extensively as a poet in the community and holds a practice-based PhD in the work of the local poet. She often collaborates with musicians, artists, performers and works to commission. She lives in Liverpool.

Sarah's Corbett's fourth book of poetry is a verse- novel, And She Was, published in 2015 by Pavilion Poetry, the brand new poetry imprint from Liverpool University Press. And She Was, was written as part of a PhD in Creative Writing at The University of Manchester's Centre for New Writing, under the supervision of John McAuliffe. She has published three previous collections with Seren books: Other Beasts (2008), The Witch Bag (2002) and The Red Wardrobe (1998), which won an Eric Gregory Award and was shortlisted for both The Forward First Collection Prize and the T.S. Eliot Prize. Sarah's poetry has been widely anthologised and translated, and she collaborates regularly with other artists, filmmakers and writers.