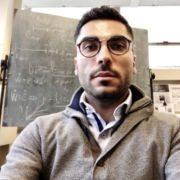 The Centre for Crisis Studies and Mitigation presents a webinar:

As the Earth is constantly changing and reshaping its outer crust, earthquakes are inevitable. Yet seismic events need not automatically result in human calamity and destruction since countries can act beforehand to limit their destructiveness and mitigate their long-term impact. Despite important advances in disaster prevention measures, design building practices and post-disaster responses, the social and economic impact of earthquakes can be more or less severe depending on the level of development of the country struck by the quake. The presentation will examine through historical and recent case studies the role played by prevention, preparation and post-disaster recovery in the severity of the physical and economic damage and its long-term impact. It is shown that more economically developed countries tend to fare better and respond faster to earthquakes than less developed ones, widening further the inequality gap between rich and poor countries. Possible strategies that can help societies to be bettered prepared and recover faster from future seismic events, including risk mitigation and risk transfer, are finally discussed.

Bio: Domenico Lombardi is a lecturer in the Department of Mechanical Aerospace and Civil Engineering (MACE) at the University of Manchester and a founding member of the Centre for Crisis Studies and Mitigation. His current research interests include probabilistic hazards and risk assessment, with particular focus on geohazards-induced disasters. Domenico has participated to a number of post-disaster reconnaissance missions after major earthquakes, including the 2011 T?hoku earthquake (Japan) and 2016 Amatrice earthquake (Italy). His research has been published in over 40 papers in academic journals and conference proceedings, and presented at international conferences and seminars. He is the co-author of two textbooks titled ‘Fundamentals of Engineering Mathematics’ and ‘Seismic Design of Foundations: concepts and application”.