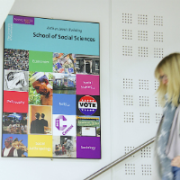 Charlotte Triggs OBE has over 30 years experience in criminal justice. As a prosecutor she specialised in prosecuting rape and sexual offences as well as being responsible for cases ranging from motoring offences to murder. Later, as a senior policy advisor, she worked closely

policy and guidance on the investigation and prosecution of rape that challenged myths and stereotypes and improved support for vulnerable victims. Until recently she was a trustee of CRASAC, a rape and sexual abuse centre in Coventry. She undertakes independent investigations into sexual harassment and is an Independent Panel Member for Police Misconduct hearings.