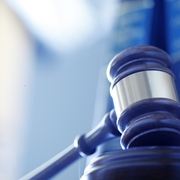 In a recent controversial conspiracy case in Manchester several Black teenagers were found ‘guilty by association’ after prosecutors used social media messages and references to drill lyrics to build a group case against them, claiming they were all affiliated to a ‘gang’. This case crystallises certain broader trends in group prosecutions, with a recent report from the Centre for Crime and Justice Studies (‘The Usual Suspects’, 2022) on joint enterprise laws in England and Wales finding that young men of colour continue to be disproportionately swept into large group convictions. This event will reflect on the effects of conspiracy and joint enterprise laws in racializing and criminalizing particular communities and cultures, and on how these laws increasingly raise questions about fairness and justice as they relate to the prosecution of young Black and Asian men.

This event has been organised by the Creative Manchester Research Platform and is presented in partnership with the Global Inequalities research beacon.

David Olusoga OBE is a British author, historian, presenter and BAFTA-winning film-maker. He is Professor of Public History at The University of Manchester and was awarded an OBE in 2019 for services to history and community integration. He specialises in the British Empire and how we experience its lasting effects in modern society. David has presented historical television programmes on the BBC. His television credits include Civilisations, Black and British, Our NHS: A Hidden History, A House Through Time and the BAFTA award-winning Britain’s Forgotten Slave Owners.

Nazir Afzal OBE was Chief Crown Prosecutor for NW England and formerly Director in London. He was Chief Executive of the country’s Police & Crime Commissioners and most recently, National Adviser to the Welsh Government. During a 30 year career, has prosecuted the most high profile cases in the country & advised on many others and led nationally on several legal topics including Violence against Women & Girls, child sexual abuse, and honour based violence. He had responsibility for more than 100,000 prosecutions each year. His prosecutions of the so-called Rochdale grooming gang and hundreds of others were ground-breaking and changed the landscape of child protection.

Roxy Legane is the founder of Kids of Colour, a Manchester-based project for young people of colour to challenge everyday and institutionalised racism. She is a steering group member of Northern Police Monitoring Project and is studying for?her PhD at Manchester Metropolitan University?, which explores the?impact of police in schools in Greater Manchester on?racialised?young people.

Eithne Quinn is Professor of Cultural Studies at The University of Manchester and was Leadership Fellow on the Arts & Humanities Research Council project Prosecuting Rap: Criminal Justice and UK Black Youth Expressive Culture (2020-21). She is the author of two books Nuthin' but a G Thang: The Culture and Commerce of Gangsta Rap (Columbia University Press, 2005) and A Piece of the Action: Race and Labor in Post-Civil Rights Hollywood (Columbia University Press, 2019), which won the 2020 BAAS Prize for Best Book of 2020 and was a finalist for the Wall prize.

Jan Cunliffe is one of the co founders of the campaign group JENGbA (Joint Enterprise Not Guilty by Association). Their tireless campaigning was undoubtedly instrumental in the 2016 Supreme Court victory, where senior judges acknowledged the law had taken a wrong turn in 1984. That’s 32 years of injustice. Now they have been vindicated the campaign leads the way in gaining acquittals for the wrongly convicted and achieving further legal reform in several different areas, such as abolishing life sentences for children and the mandatory life sentence that takes away the discretion of the judge when it comes to sentencing.