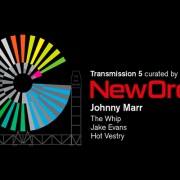 One of the most acclaimed and influential bands of the last four decades New Order pioneered the electronic sound that helped pave the way for the dance/house music explosion at the end of the 80s. The band has had a profound influence on music and is cited by legions of artists as an inspiration. They have released 9 studio albums, the last of which ‘Lost Sirens’ was released in 2012. Their shows last year were euphorically received as the band played a set of classic anthems including Bizarre Love Triangle, True Faith, Blue Monday and Temptation. This is an unmissable opportunity to see an iconic act in an iconic setting!

Important Notice Please note the Discovery Centre will be closed to the public on 6th, 7th July and 30th, 31st August for the music festival. Ticket holders permitted only.