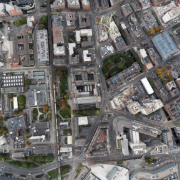 The event will be to launch:

• The NERC air quality supersite is a major component of a new network of observatories that host advanced air quality monitoring instruments to detect harmful air pollutants and their sources. The £0.75M observatory has led to The University of Manchester leading a major £2.3M programme within the UKRI Clean Air Strategic Priorities Fund.

The event will showcase the investments and the multi-disciplinary research activities that will utilize them. The launch event will act as a forum to enhance the interaction between academic researchers, policy makers, health bodies and key business stakeholders to inform, examine and deliver the implementation of the Clean Air Plan and to establish the public health impacts of air quality in Greater Manchester and the impact of the planned improvements.

Attendance at the event is by registration only, if you would like to attend please email MERI@manchester.ac.uk

Biography: Colette is a Professor of Sociology and the University’s Vice-President for Research (2017-). Previously she was Deputy Dean and Vice-Dean for Research (2010-17) of the Faculty of Humanities. She was elected to Senate in 2008 and in 2009 joined the University’s Board of Governors as a senate-elected representative, with her term of office renewed twice by election (2009-18).

Biography: Richard Leese was elected to Manchester City Council in 1984. He became Leader of the Council in 1996. Richard’s political interests include devolution, place-based budgets and the links between economic development and social policy, developing open democracy and the community leadership role of local authorities; and the role of cities in creating a sustainable future. He has a number of additional responsibilities including Director of Manchester Airport Holdings Ltd, Deputy Mayor and Vice Chair of the Greater Manchester Combined Authority and Chair of the LGA City Regions Board.