GDI and MUI Lecture with Prof Raquel Rolnik: Urban Warfare - housing under the empire of finance 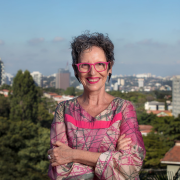 In cities across the world the story is the same - housing is in crisis and increasingly available only to the wealthy. Models of home ownership that originated in the US and UK are now exported across the globe. Cities are being reshaped at a unprecedented rate, with gentrification and displacement a normal feature of 21st century urbanisation. All this was organised by those who stood to benefit most: construction companies and banks, supported by compliant governments. But how did we get to this place? And what can we do about it?

Join the University of Manchester and Greater Manchester Housing Action, who are thrilled to be joined by Raquel Rolnik, former UN Special Rapporteur on adequate housing to discuss these questions. She will look at how our homes and neighbourhoods became the 'last subprime frontiers of capitalism' and point towards the need for continued activism and struggle.

Organisation: The University of São Paulo

Biography: Prof Raquel Rolnik is a Brazilian architect and urban planner who is a Professor at The University of São Paulo and has nearly 40 years’ experience in academia, politics and activism. Between 2008 and 2014, she was the UN Special Rapporteur on the Right to Adequate Housing. Prior to this she was the Director of the Planning Department of São Paulo and National Secretary for Urban Programmes of the Brazilian Ministry of Cities. In 2019 she organised a Research Action Lab (LabCidade) with a focus on evictions. Prof Rolnik has a blog, a weekly radio show and is the author of several books.