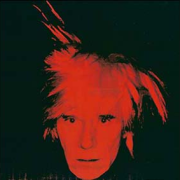 ARTIST ROOMS: Andy Warhol shows the sharp critical opinions of an artist known to many primarily as art salesman, purveyor of product and celebrant of capitalism. Supported by Arts Council, Art Fund and Creative Scotland, the exhibition is drawn from ARTIST ROOMS, a collection of international modern and contemporary art owned by National Galleries of Scotland and Tate on behalf of the public. Focusing on themes of death, politics and identity it presents audiences with Warhol’s reading of the American Dream at a time when the country will be under scrutiny just days after the 2016 US Presidential election.

In 1968 Andy Warhol was pronounced dead; shot by feminist author, activist and member of his entourage, Valerie Solanas. He was taken to hospital, received an open-heart massage and was revived. Warhol explored his encounter with death through his art and in the photograph of his scarred torso by Richard Avedon. This visual examination of his death is a recurring motif in the exhibition where Avedon’s photograph of Warhol as a scarred Frankenstein's monster will be displayed alongside the pale, empty-eyed Warhol in Self-Portrait with Skull (1978) and Self Portrait Strangulation (1978). Warhol's experimentation with his own appearance as a symbol of his work is shown in a series of Self-Portraits. His repetitive self-image a foreshadowing for the current selfie culture. The Electric Chairs series (1971) presents viewers with a symbol of death once more. The series, taken from the 1953 photo agency image of the empty death chamber of Communist spies Julius and Ethel Rosenberg, was used by Warhol during a period of growing political protest in America against the death penalty. It is the artist's engagement with the state and politics which is also the foreground to the Art and Illustration series (created in the 1980s). From this collection paratrooper boots, maps of US missile bases and symbols of nuclear power is displayed as silkscreen prints in the hand-drawn illustrative style of Warhol's early advertising work.

Controversial objects that symbolise 20th century America were also depicted in colourful and large scale format by Warhol. Of these works Dollar Sign (1981), Camouflage (1986) and Gun (1981) are presented here at the Whitworth, raising further questions around Warhol's opinion of America.

The works on display are drawn from the extensive ARTIST ROOMS collection of 232 works by Andy Warhol, spanning the artist's entire oeuvre. ARTIST ROOMS was established through the generosity of Anthony d'Offay in 2008, with the assistance of the National Heritage Memorial Fund, Art Fund and Scottish and British Governments. The collection is shared with millions of visitors to museums and galleries around the UK through ARTIST ROOMS on Tour, and through exhibitions and creative projects, gives young people the chance to enjoy and explore important works by major artists.