Workshop: Collecting and storing data from Internet based sources 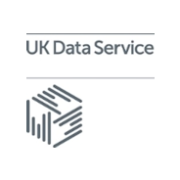 Many websites allow researchers and developers to download data from them using their Application Programming Interface (API). This data is often in formats that social scientists are unfamiliar with (e.g. JSON). Downloaded data can be processed immediately or stored in a database for later processing in a package like R or Stata. Data can be collected at regular intervals over a period of time, using the built-in functionality of the Windows or Linux operating systems.

This free introductory workshop, organised by the UK Data Service, is aimed at anyone interested in collecting data from the internet via APIs. Some previous knowledge of programming may assist in understanding the examples.

Level: Introductory Experience/knowledge required: Some previous knowledge of programming Target audience: Anyone interested in collecting data from the internet via APIs