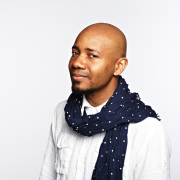 DJ Spooky: Rebirth of a Nation?

Thursday Lates: 28 May, 7pm-9pm   After more than fifty shows around the world, including New York, Paris and the Herod Atticus Amphitheater at the base of the Acropolis in Athens and festivals ranging from Australia and New Zealand to Louisville Kentucky and The Tribeca Film Festival, DJ Spooky brings his Rebirth of a Nation to the Whitworth.

Rebirth of a Nation is a film project based on a remix of D.W. Griffith's infamous 1915 film Birth of a Nation. The original film was based on a novel and theatre play by Thomas Dixon entitled The Clansman. DJ Spooky applies DJ technique to cinema in a way that parallels, deconstructs and remixes the original.

Dj Spooky presents the remix as an engagement with film, music, and contemporary art. Thinking of it as, "film as found object" in the same sense that artists such as Marcel Duchamp, Jeff Koons, Andy Warhol, and David Hammons, amongst many others, have fostered creative investigations into the idea of found objects, cinema, and "appropriation art."

“Arguably no one is more responsible for propagating and embodying the idea of the deejay as "artist" than DJ Spooky, whose ambitious, elaborate, often hypnotic soundscapes have been notable as much for their eclectic imagination as for their post-modern intellectualism.”

Join DJ Spooky after the screening as he discusses the film’s key themes and his motivations for making such work. Spaces are limited, to book your free place click here Supported by the Institute for Black Atlantic Research at the UCLAN, Preston