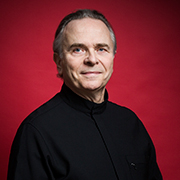 Join Sir Mark Elder as he gives his inaugural lecture at The University of Manchester since being appointed Honorary Professor.

Sir Mark has been Music Director of the Hallé since September 2000 and works as a guest with the world’s leading opera houses and symphony orchestras. He has a wide-ranging discography of award-winning recordings and is International Chair in Conducting at the Royal Northern College of Music. Sir Mark Elder was knighted in 2008 and was awarded the CBE in 1989. He won an Olivier Award in 1991 for his outstanding work at the English National Opera and in May 2006 he was named Conductor of the Year by the Royal Philharmonic Society. He was awarded Honorary Membership of the Royal Philharmonic Society in 2011.

Everyone is welcome to attend, no booking required. Please arrive early to avoid disappointment. Tickets will be allocated on a first come, first served basis.