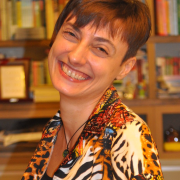 My presentation will start from discussing nation branding projects coordinated by the R.O.C. Tourism Bureau against the larger background of changes in cultural policies since the 1990s, and shows how these changes have resulted in a branding message with insufficient coherence, which fails to pinpoint Taiwan’s specificity. Subsequently, it moves towards a sphere seldom addressed in critical studies of nation branding – that of grassroots actors and their own branding efforts. I will explore their motivation for defining and promoting Taiwan, the degree of their involvement in official projects, their relationship to state policies, institutions and initiatives, and the strategies they employ in articulating Taiwaneseness for both an international and a local audience. I will argue that despite quite radical turns in official stances on national culture and identity, maintained support for the creative and cultural industries and various other factors created a favourable environment for the emergence of grassroots agents who take upon themselves the task of promoting Taiwan and do so in a coherent manner, albeit independently from each other. I will also show how they work both outside and alongside official lines and share certain goals and features with social movements and activism. Discourse analysis of branding initiatives (logos, posters, promotional clips, and tourist souvenirs) will be combined with interviews with private tourist souvenir designers and company owners.

Dr Adina Zemanek is Lecturer in Asia Pacific Studies at the University of Central Lancashire. She graduated in sinology at the University of Bucharest and obtained her PhD degree in cultural anthropology at the Jagiellonian University in Krakow. Her research focuses mainly on texts of popular culture, approached within the framework of discourse analysis, with a recent shift towards the producers of these texts (authors and publishers). Her research to date includes studies on the image of women in mainland Chinese fashion magazines and TV series, and the construction of Taiwaneseness in tourist souvenirs, comic books and films.