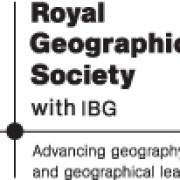 The Society’s Annual International Conference is the largest of its kind in Europe and takes place at the University of Manchester from Wednesday 26 – Friday 28 August 2009.

With more than 200 sessions featuring 1075 speakers from six continents, the conference will link 40 countries from New Zealand to Sierra Leone, USA to Malawi, and Germany to Colombia, to discuss the important role of geographical research in understanding and helping to address some of the key national and global challenges of the 21st Century.

Ethnic communities becoming less segregated Researchers have concluded that asian and black families, and those in mixed marriages, are more likely to move to less-deprived and more “diverse” areas within Britain

26 August 2009: these releases are part of session examining the future of transport in the UK

Investment not recession sees falling car use Dr Chatterjee has found that car use is falling across the country – and in places like Manchester and Nottingham this is due to investment in trams and buses, not the credit crunch. Also, fewer younger people are choosing to drive compared to ten years ago…

Travel agents need to promote ‘slow’ holidays Though there has been a 4% increase in the number of holidays to Europe by train since 2004, Dr Dickinson has found that people are being put off from choosing the train over plane because of how hard it is to make bookings and get help from travel agents

Transport sector must ‘pull its weight’ to cut emissions Researchers contradict a statement made last week by Transport Secretary, Lord Adonis, who said that emissions could be radically cut without people having to make changes to how they travel. Dr Anable shows even the energy infrastructure required to generate enough zero or low-carbon electricity to power electric cars on existing patterns can’t be done.