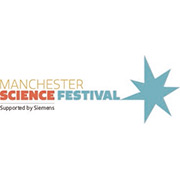 Fri 17 Oct, 7-8pm. William Boyd Dawkins (1837–1929) was the first curator of the Manchester Museum and the first Professor of Geology in The University of Manchester. He pioneered many aspect of ice age research and cave archaeology in the last few decades of the nineteenth century. With Professor Paul Pettitt from the Department of Archaeology at Durham University. Paul is an expert on the Middle and Upper Palaeolithic archaeology of Europe with particular interests in cave art, radiocarbon dating, the demise of the Neanderthals, funerary archaeology, and the archaeological record of human activity in ice age environments in Britain. Like William Boyd Dawkins, he has worked at Cresswell Crags and the world famous site of Kent’s Cavern. In 2003 he co-discovered Britain's only examples of Palaeolithic cave art. Paul’s lecture will explore what we know about human societies in Britain at the close of the last glacial period. Part of Manchester Science Festival, supported by Siemens.