Not Set in Stone: Remembering Empire and Contesting Statues 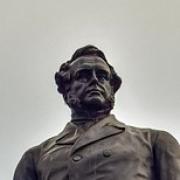 A roundtable discussion on the material legacies of empire and slavery in Bristol, Oxford, and beyond.

On 7th June 2020, young Bristolians toppled a statue of Edward Colston in the city centre and rolled it into Bristol Harbour. This action marked the culmination of years of contestation, during which Bristolians had sought to displace the material traces of the slave trader in the city's public space. It was also catalysed by popular support for Black Lives Matter, Britain's largest anti-racist movement since abolition.

In Oxford, a student-led movement has sought since 2016 to remove Oriel College's statue of Cecil Rhodes. Rhodes Must Fall Oxford has emphasised that bringing down the statue is only one component of a much larger agenda: they seek to remove colonial iconography, reform the Eurocentric curriculum, and address the underrepresentation and lack of welfare provision for BME staff and students ('Our Aim').

At this roundtable, scholars and activists will discuss why colonial statues matter, what it means to contest them, and how cultural activism links to larger ant-racist, anti-colonial struggles.

The event is free and open to the public, but advance registration is required.

Online - follow Eventbrite link to register and for more information.