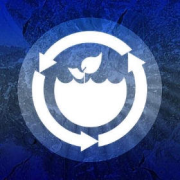 Unfortunately this event has been cancelled.

Dr Sami Mikhail, MinSoc Distinguished Lecturer, University of St Andrews, joins us for a Department of Earth and Environmental Sciences seminar. Abstract below.

The chemistry of a planet’s atmosphere is an archive of surface and subsurface processes, inclusive of volcanism, weathering, meteoritic influx, and biological processes. In addition, Earth is a dynamic planet where subduction zones cycle material back into Earth’s interior. Over the course of Earth’s history these processes have modified the mass and chemistry of Earth’s atmosphere. What is still open for debate, however, is in which direction did the mass of Earth’s atmosphere change? Sadly, air doesn’t preserve its own history so well (it doesn’t precipitate many solids, for example). However, the history of Earth’s atmosphere can be illuminated by studying the fundamental science of the components which make up air. To this effect, the geochemistry of nitrogen is important because it is a major element in all planetary atmospheres (Venus, Earth, Mars) and makes up most of Titan’s atmosphere (the only moon with a significant atmosphere). Earth’s atmospheric mass is sensitive to temporal variations in the external (biosphere and atmosphere) and internal (crust and mantle) nitrogen cycles. Nitrogen is a redox sensitive element, and we know Earth’s surface environment and atmosphere have shifted from relatively reducing to very oxidising. Importantly, the different oxidation states manifest as different compounds with strikingly different properties and behaviour in geological systems. For example, molecular nitrogen behaves like a noble gas and ammonic nitrogen can behave like an alkali metal. Interestingly, the conditions where nitrogen shifts from molecular to ammonic in Earth’s mantle occur within the range of redox states observed in mantle silicates. Therefore, we have three potential scenarios: two require the mass of nitrogen in the atmosphere to changed unidirectionally (increased or decreased) and one in which a dramatic deflection occurred following the Great Oxidation Event. However, despite decades of data acquisition it is very challenging to discriminate between these scenarios using the currently available datasets. My work combines experimental petrology, theoretical geochemistry, and the study of the continental crust and the mantle (diamond) to predict and trace the behaviour of nitrogen in silicate-dominated geological systems. I will present evidence to support the notion that the nitrogen cycle is decoupled from the cycling of the noble gases, carbon, and hydrogen. I will present predictive models supported by empirical data which strongly suggest that nitrogen is heterogeneously distributed within Earth’s interior and that the mass of nitrogen in Earth’s atmosphere has grown and shrunk, over time.