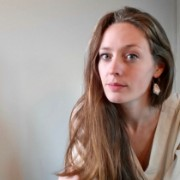 We are delighted to welcome two of the most exciting debut poets of 2019, both shortlisted for this year’s Forward Prize. Stephen Sexton’s If All the World and Love Were Young (Penguin Press) was described by Sally Rooney as ‘a work of almost miraculous depth and beauty,’ while the poems in Isabel Galleymore’s brilliantly inventive Significant Other (Carcanet) were praised in the Telegraph, ‘as perfectly self-contained as the molluscs they describe.’

Presented by Manchester Literature Festival in partnership with the Centre for New Writing and Creative Manchester. Doors open 6.30pm.