Suffering in Silence? The Politics of Everyday Life in the Uyghur Diaspora 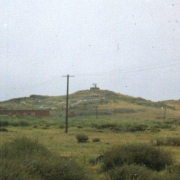 Please register in advance by following this Eventbrite link: https://www.eventbrite.co.uk/e/suffering-in-silence-the-politics-of-everyday-life-in-the-uyghur-diaspora-tickets-144681916507

Panel Abstract Since 2017, the world’s largest mass, extra-legal detention and surveillance of Indigenous peoples has taken place in the Xinjiang Uyghur Autonomous Region (XUAR). Leading researchers estimate that between one and three million people have been detained without trial, subject to invasive surveillance, sexual violence, child-separation, and psychological stress, forcing them to abandon native language, religious beliefs, and cultural practices. Outside the camps, over 10 million Turkic-speaking people are subject to dense networks of forced-labour, hi-tech surveillance systems, and interpersonal monitoring to limit mobility. International media and public debate often frame these processes through geopolitical narratives of East/West and communism/capitalism, which overlook Indigenous perspectives and exacerbate experiences of “perpetual silence”. Instead, this event invites 3 Indigenous speakers, known for their work and fiercely independent thought, to tell the story of how their life and work has changed since 2017. How can scholars across the social sciences and humanities engage with Indigenous life stories as their disciplines face calls for decolonisation? Postcolonial engagement enables different ways of seeing the world and can confront the “perpetual silence” by asking Indigenous peoples how global politics shapes their lived experiences.

Biography: Dilnur Reyhan holds a PhD in sociology and teaches at the National Institute of Oriental Languages and Civilizations (Inalco) in Paris. She is the president of the European Uyghur Institute, and director of the bilingual magazine Regard sur les Ouïghour-e-s. Her field of research is mainly identity and nationalism in the Uyghur diaspora, but also gender studies among the Uyghurs.