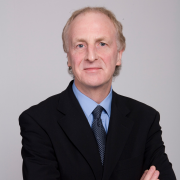 This century began with a remarkable spell of global wealth creation, notable not only for rapid growth but also its broad coverage, both geographically and socially. The “Golden Age” ended with the financial crisis in 2007-8. Wealth growth resumed, but at a lower pace and less socially inclusive, so wealth inequality grew. The top 1% of wealth holders worldwide now account for 45% of all household wealth.

Drawing on the Credit Suisse Global Wealth Report 2019, the lecture reviews the latest evidence on the level and distribution of household wealth, both within and between countries. It highlights the growing importance of China and other Emerging Market economies, which have taken over as the principal engine of global wealth growth in the post-crisis era. It also identifies and assesses the underlying factors which help explain the level and trend of global wealth inequality since 2000.

Professor Anthony Shorrocks is an Honorary Professorial Research Fellow at the University of Manchester, a Senior Research Fellow at the World Institute for Development Economics Research UNU-WIDER) in Helsinki, and Director of Global Economic Perspectives Ltd. After receiving his PhD from the LSE, he taught at the LSE until 1983, when he became Professor of Economics at Essex University, serving also as Head of Department and Director of Economic Research for the British Household Panel Study. From 2001 to 2009, he was Director of the World Institute for Development Economics Research, a United Nations think-tank in Helsinki.

He is best known for his contributions to inequality, poverty and mobility measurement, recognised by election to a Fellow of the Econometric Society in 1996. He wrote his PhD on personal wealth distribution and this topic has been a recurrent theme throughout his career. For the past decade he has been the principal author of the Global Wealth Report, an annual publication by the Credit Suisse Research Institute which provides the most comprehensive and up-to-date information on household wealth both globally and within countries.