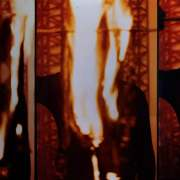 A day-long seminar on artistic practices and 'post'-imperialist formations in 1970s Britain. Organised by Kylie Gilchrist and Dr. Luke Skrebowski from the Department of Art History and Cultural Practices, The University of Manchester.

While the histories and ongoing effects of empire have become major areas of art historical focus, the 1970s remains an overlooked decade in this growing field of scholarship. Partly fuelling this oversight is the common narrative of the 1970s as a period marking the end of Britain's empire. This seminar instead asks how the British empire's breakdown abroad spurred imperialism to turn inwards, manifesting domestically in an upsurge in racist discourses and institutionalized practices, deepening conflicts in Northern Ireland, and new state techniques of social control and 'crisis management'. It explores how artistic responses to this context entailed a radical rethinking of art: a repudiation of formalist and object-based practices in favour of conceptually-driven artistic tactics that increasingly engaged social systems as both artistic material and locus of critique. This seminar invites reflection on the ways these new artistic modalities critically engaged the internal recodings of imperialism, seeking to articulate the 1970s as a period of interconnected ‘system shifts’ in Britain's artistic practices, socio-political situation, and geopolitical position.

• Dhanveer Singh Brar (University of Leeds) - A Black Cinema of Negation: Further Notes on 'Who Needs A Heart'

• Lynn MacRitchie - Artists for Democracy: A Tale in Two Parts

• Catherine Spencer (University of St Andrews) - 'We have more information of activity in Buenos Aires than we have of activity in England': Art Systems in London and ‘Latin America’

This seminar is generously supported by the Northwest Consortium Doctoral Training Partnership and the University of Manchester.

Organisation: Artists for Democracy: A Tale in Two Parts