“The ‘China Model’: From the Global Financial Crisis to the ‘One Belt, One Road’ Initiative” 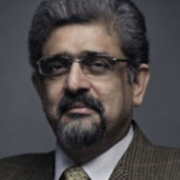 Co-Chairman of the Global Sustainability Forum based in Rome and a former Director of the UNDP Human Development Report Office, Mr Khalid Malik served as UN Resident Coordinator in China between 2003 and 2010. During this talk, Khalid will share his view on China’s unique model of development. Based on his exposure to Chinese leadership and institutions, Khalid will offer his view on how Chinese thinking of the Washington Consensus has evolved in consequence of the global financial crisis and the launch and promotion of the One Belt One Road Initiative.

Co-Chairman of the Global Sustainability Forum based in Rome, Khalid Malik was a former Director of the UNDP Human Development Report Office from June 2011 until 31 August 2014. He has held a variety of senior management and substantive positions in the United Nations. He served as UN Resident Coordinator in China (2003–2010), Director, UNDP Evaluation Office (1997-2003) and Chair, UN Evaluation Group, and other senior level advisor positions. Earlier he was UN Representative in Uzbekistan. He has been active on UN reform and has worked closely with development partners and UN intergovernmental bodies. In 2009, Mr. Malik was one of ten “champions” - and the only foreigner - to be honored for their contributions to the protection of the environment in China.

Mr. Malik has written widely on a range of topics. His latest book "Why China Has Grown So Fast for So Long" was published in 2012 by Oxford University Press. Earlier, he co-edited “Capacity for Development: New Solutions to Old Problems” (2002), and Lessons Learned in Crisis and Post Conflict Situations (2002). Before joining the UN, Mr. Malik taught and conducted research at the Pakistan Institute of Development Economics (1975) and at Pembroke College, Oxford (1974-75). He studied economics and statistics at the universities of Oxford, Cambridge, Essex and Punjab.